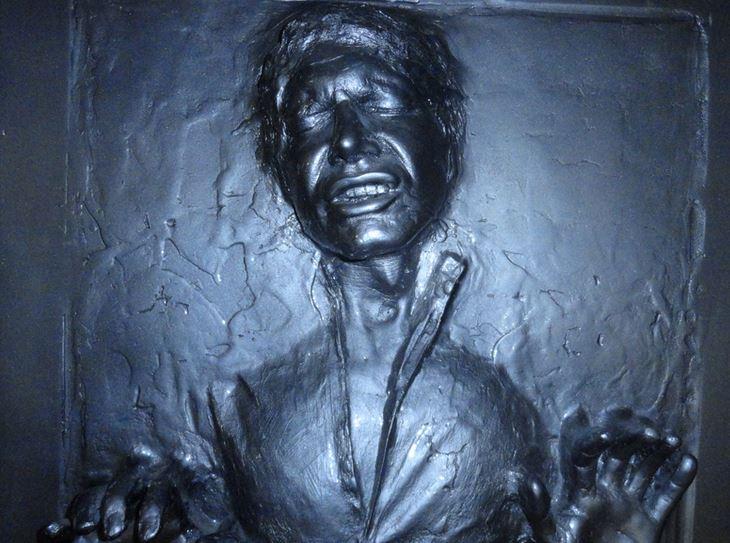 Harrison Ford, currently in the UK filming Episode VII of the Star Wars saga, has been snapped in London taking his Genesis Croix de Fer bike for a spin.

The 72-year-old is back on set at Pinewood Studios reprising the role of Han Solo after sustaining broken bones in his foot in June.

According to The Daily Mail, which has a gallery of pictures of the star out on his bike, the injury happened “when the hydraulic door of Ford’s spaceship, the Millennium Falcon, fell on him.”

We knew he’d earned a few bucks in a career that has also seen him play the roles of Indiana Jones and Jack Ryan in long-running movie franchises, but enough to buy an interstellar craft? Wow.

It won’t come as a surprise to Star Wars fans that the actor has plumped for a steel-framed bike – in his role as Han Solo, as shown in the picture above, he’s probably sick of being surrounded by carbon(ite).

Despite the Mail’s pictures showing him dressed in a cycling jersey and shorts and compression socks – and, disappointingly, a pair of trainers – it turns out he was doing nothing more epic than a quick spin to the shops.

We’d like to think though that like many of us, any time he swings his leg over the top tube and gets the pedals spinning, inside his head is the thought that he is on a Solo break on the Tour de France.

What we really want to know though, is this; if Han Solo’s bike needs tweaking, will his friend Boba Fettle it for him?