Back to news
news
Miscellaneous
Leisure 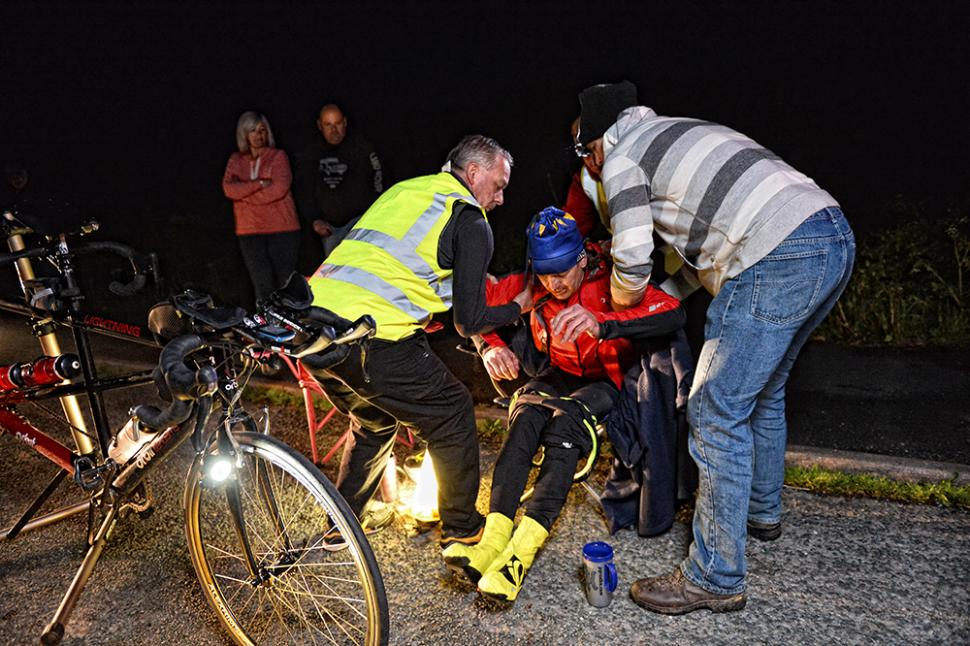 This week's slice of cycling life features big rides that sadly didn’t quite make the finish line, cycle celebs who #choosecycling and a spill at the Women’s Tour...
by Sarah Barth

Join us to mull over this week's slice of cycling life as we catch up on all the events of the week, from spills on record breaking rides, to top names urging councils to #choosecycling, some drivers driving extremely badly and a crash at the Women’s Tour and more....

On Sunday we reported how a non-stop ride from Manchester to Gibraltar being undertaken by four cyclists to raise funds for the charity Help for Heroes was abandoned after two of the riders were hit by a van and hospitalised.

The quartet were undertaking the 1,583-mile ride as a relay, with pairs of riders riding for four hours at a time. They had left the Imperial War Museum, Manchester, at 11am on Thursday morning and aimed to reach Gibraltar early Tuesday morning.

Former Royal Marine Matt Lavery and ex-Royal Engineer Dave Dickinson had been riding for around an hour following the last changeover when they were hit by the van which was travelling at around 60mph.

Matt, who suffered several cracked ribs and a punctured lung and is currently recovering at Tunbridge Wells Hospital, told road.cc that with daylight starting to appear, and Dave riding a few yards ahead of him, the pair were hit with a glancing blow from the passenger side.

Outwardly at least, Dave’s injuries looked more severe – Matt said that he suffered cuts, bruises, scrapes and had some skin missing, and that his helmet had been smashed. Initially, it was feared that he had a broken jaw, but that turned out not to be the case and following a CT scan he has been allowed to return home to continue his recovery. More sad news for big rides came on Monday when we brought news that an attempt to break the record for a tandem ride from Land's End to John O'Groats had been abandoned after one of the riders, Glenn Longland, collapsed in Cumbria.

Writing on Twitter, this morning, his partner in the attempt, Dominic Irvine, said: "Sorry to say we've had to abandon the ride this morning. Glenn collapsed - he's ok but on way to Carlisle Hospital to get checked out."

The current record of  two days, two hours, 14 minutes and 25 seconds has stood for almost half a century and was set by Pete Swinden and John Withers in 1966.

It's the second time that Irvine has been thwarted in an attempt to beat the record. In 2012, riding with Ian Rodd, Irvine fell ill early on in the ride. They completed the trip non-stop, but missed out on the record by more than eight hours.

We’ll bring you Irvine’s reaction further down the news roundup. 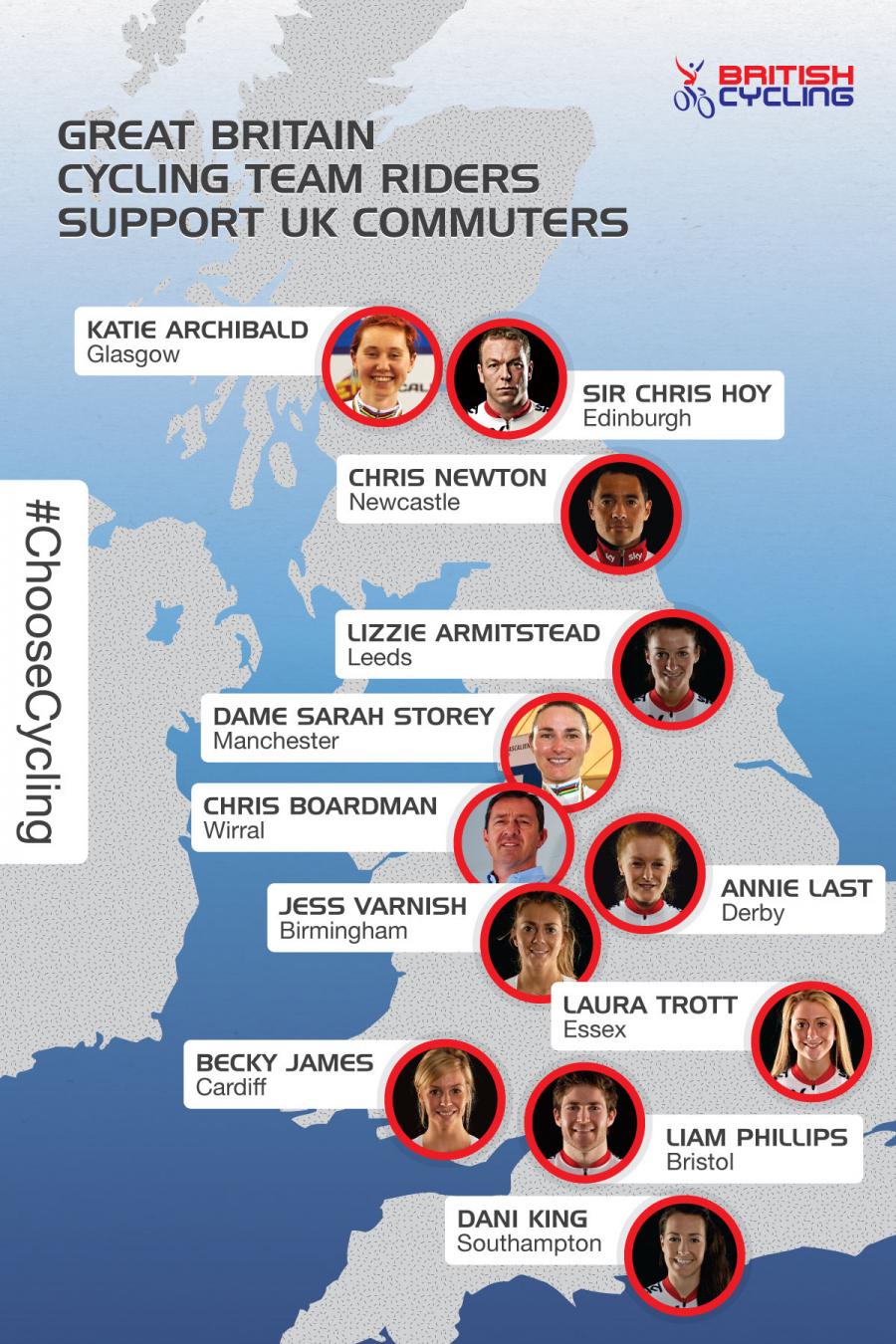 Tuesday’s more uplifting news was that a group of Britain’s top cyclists have called on local councils to across Britain to make a public commitment to improve conditions for cycling.

The initiative is being spear-headed by British Cycling’s policy adviser Chris Boardman who has written to council leaders in his home region of the Wirral. A further 13 world champion cyclists, including  Chris Hoy, Sarah Storey and Laura Trott have also today written to councils across Britain to ask them to choose cycling.

The riders and British Cycling are calling on councils to implement the organisation’s #ChooseCycling 10 point action plan, which sets out the actions that need to be taken to truly encourage hundreds of thousands more people to get around by bike. 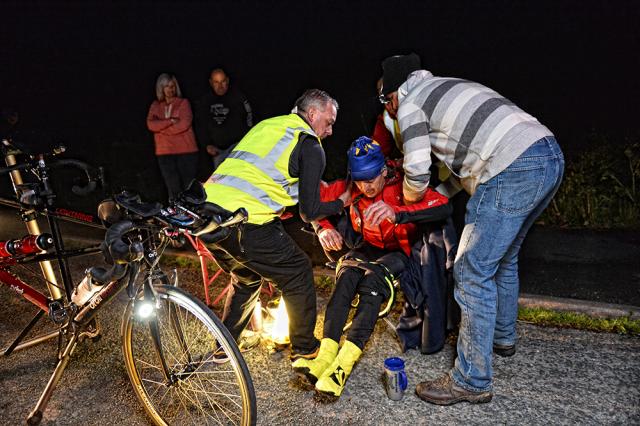 On Wednesday we brought you Dominic Irvine’s reaction from the failed LEJOG tandem record attempt. Here’s a moving excerpt:

The frustrating thing is we were on fine form on the bike and rolling along just about where we needed to be prior to things starting to fall apart. The final conversation I had with Glenn before the previous pit stop was: “410 miles done, 22 hours gone, 28 hours to do the next 420 – we can do this.”

It was frustrating not just for me but the support team. People focus on the riders, and mostly Glenn in this instance - rightly so given his achievements. But without the support team, we wouldn't get fed, get wheel changes after the four punctures we had, nor have changes of kit instantly at hand. It might be hard for the riders but it’s not easy for the support team. And then there are the sponsors who stumped up cash and kit to help us succeed. Everyone bought into the dream. Everyone could taste success. Word had got out and the support from the side of the road even at 2am was incredible.

But when all is said and done, this is about riding a bike, fast – and there are more important things. Glenn is home safe and well.

And we raised nearly £11,000 for Heart Research. We experienced the care and support of the most amazing team I have ever had the fortune to work with. Thursday brought plenty of driving to swear at then the York cyclist who last month posted a YouTube video showing poor cycling by fellow riders turned his attention to the city’s motorists.

The latter include one incident in which the cyclist is squeezed between an illegally parked car and a National Express coach that is overtaking him: 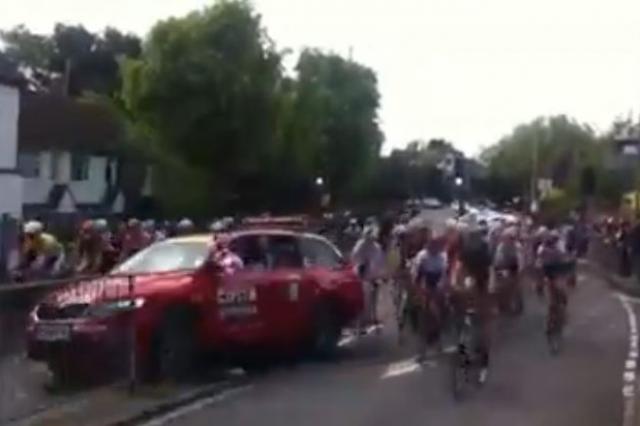 Saturday’s excitement was news that a number of riders came down in a crash prior to the official start of Stage 4 of the Women's Tour - and a video posted to YouTube suggests it was due to the race  controller's car suddenly veering across the road. Race organisers SweetSpot have told road.cc none of the riders was injured.

The incident took place in the village of Wormley, near Broxbourne, Hertfordshire when the stage was still neutralised prior to kilometre zero.

The race controller's vehicle - identifiable by the red and white chequered flag - is seen on camera being driven on the left hand side of the road when, immediately after a traffic island, the driver seems to realise that the vehicle is heading straight for the railings on the central reservation.

The driver takes evasive action, and hits a road sign - but not the railings. SweetSport says no riders were struck by the vehicle, but in the confusion several riders did come down.

They included Aude Biannic of the Lointek team (number 61), who would finish eighth, and mountains classification leader Sharon Laws of United HealthCare, in the polka dot jersey. An unidentified rider on the opposite side of the road appears to require treatment from the race doctor.