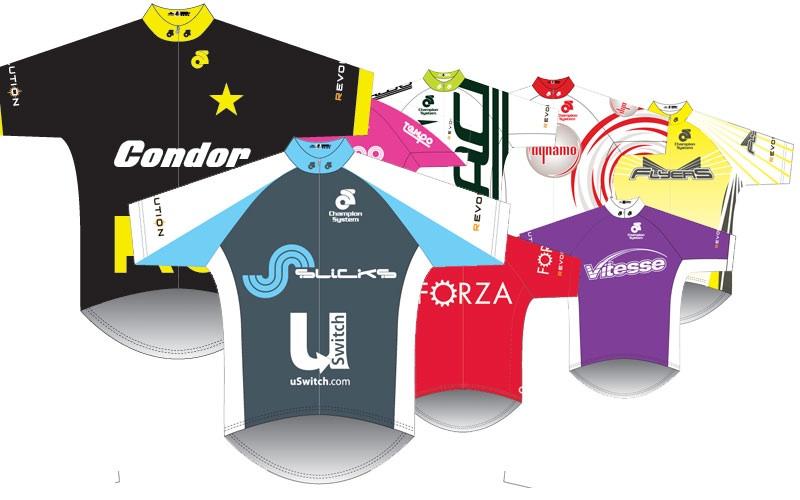 Organisers of the Revolution Cycling Series have unveiled full details of the forthcoming inaugural Revolution Championship, which will take place at the Manchester Velodrome on four dates over this autumn and winter.

Now entering its seventh year, Revolution attracts more than 15,000 fans to the Velodrome and as reported on road.cc earlier this month, from this year riders at the hugely popular event will race as teams rather than individuals.

Eight squads have been announced, with the snappy names of the Flyers, Forza, Rollers, Slicks, Dynamo, Pacers, Tempo and Vitesse, and team captains will include some of the leading names in British road and track cycling, such as Rob Hayles, Chris Newton, Jamie Staff and Ed Clancy.

If that’s not enough to whet your appetite, other riders scheduled to appear include multiple Olympic champions Sir Chris Hoy and Bradley Wiggins and seasoned road pros David Millar and Stuart O’Grady.

New sponsors have also been confirmed including Condor and uSwitch. Condor’s roots lie in track bikes and its team, the Rollers, will be captained by Dean Downing of the Rapha-Condor road team.

Condor’s managing director, Grant Young, said: “Revolution is a fantastic, accessible way to enjoy track cycling. It is a discipline close to the heart of Condor and that’s why we are still manufacturing track bikes as we’ve been doing for the last 60 years. It’s exciting to be involved with the series that raises the profile of current and future champions to a diverse and wide audience.”

Meanwhile, uSwitch, a website that lets consumers compare the cost of utilities and other services across a range of providers, will sponsor the Slicks, which will be captained by Roberto Chiappa, who has no fewer than 13 Italian track titles to his name – fortunately for him, 17 rather than 13 is considered the unlucky number in Italy

Alan Tattersall, CEO of uSwitch, attended one of last season’s Revolution event, and is eagerly anticipating the new series, which he says is “original and compelling”. As he explains, “we were keen to get involved and the team sponsorship provides an excellent opportunity for us to put our name and backing behind some of the world’s top cycling talent as well as stars of the future.”

Other partners of the event include Highland Spring, Science In Sport, and DHL which has renewed its sponsorship of Future Stars.

The series takes place at the Manchester Velodrome on four Saturday evenings – 14 November, 5 December, 16 January and 27 February – and tickets, available from www.cyclingrevolution.com, cost £12 for adults, £6 for concessions, and £30 for a family ticket for two adults and two children.

The provisional team line-ups are as follows, with further names including elite female sprinters, junior sprinters and Rising Stars due to be announced in the coming weeks: