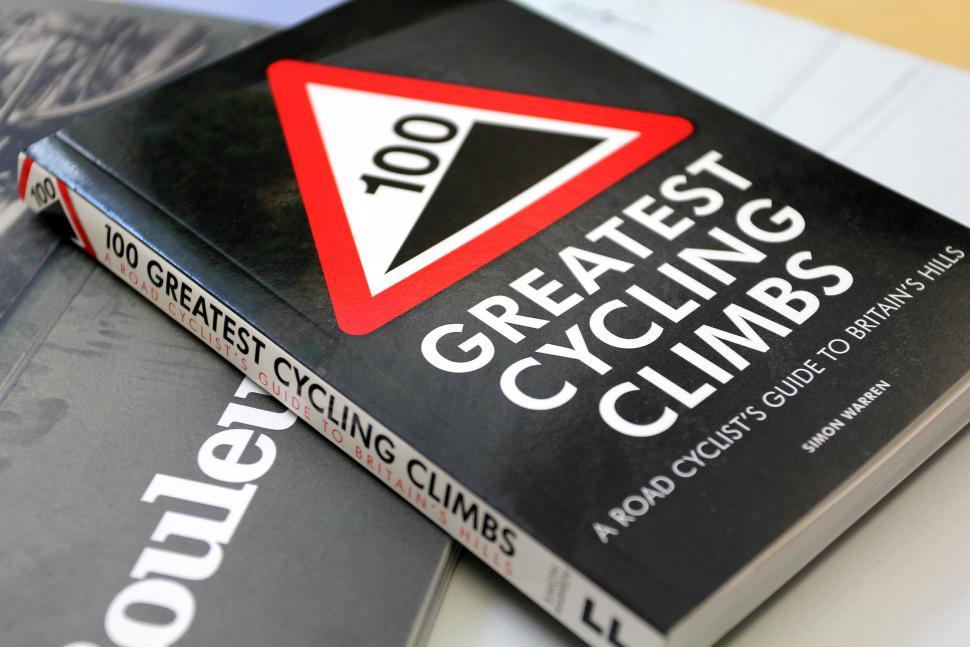 Like those Channel 4 “100 Greatest…” shows, it’s an impossible task to come up with a definitive list of the best cycling books –besides, Stuart Maconie, Terry Christian and Lisa Rogers weren’t available to do the filler pieces between entries.

So instead, here’s a dozen titles, old and new, in no particular order, and certainly not an exhaustive sample, that will hopefully make your task of choosing presents, or even drawing up your own wish-list, easier.

To make things as simple as possible, where we've reviewed a book the title links through to the review, and we’ve included direct links to places you can buy each book mostly, but not always, that's on Amazon.co.uk and if you’re lucky, you’ll find it on sale for less than the recommended retail price shown below.

Doubtless you’ll have your own favourites that won’t have made it on to our list, so feel free to mention them and tell us why they’d make a great Christmas gift in the comments thread below. For more book suggestions check out the books reviews in our gear section and the very informative forum thread on the top 5 cycling books which goes well beyond five.

This book was always destined to have two distinct types of reader – those who remember seeing Fignon race, whether on TV or live, and those who only found out about his exploits later. The Frenchman’s untimely death this year also means that those coming to the book now will experience a different reading of it to those who read it before.

Despite winning both the Tour de France and the Giro, history will remember Fignon as the man who came second in the closest-ever edition of the race, when he lost by seven seconds to Greg LeMond in 1989, and the rider confronts that career-defining episode head-on in the opening chapter. That sets the tone for what turns out to be a revealing and insightful journey through Fignon’s career, and a cracking read to boot.
Amazon.co.uk 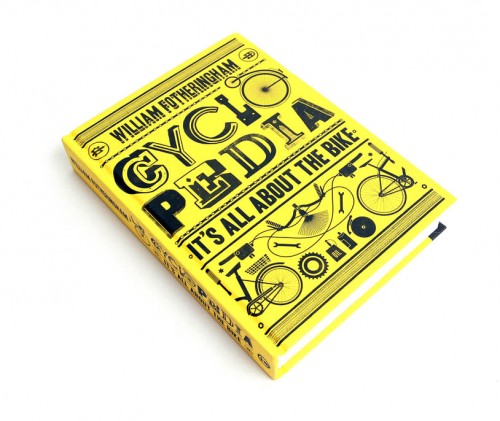 This alphabetical journey through the world of cycling in all its facets makes this a book that is perfect from dipping in and out of, rather than reading from cover to cover. Fotheringham, with three decades’ experience writing about cycling, knows his stuff, something that shines through, whether he’s talking about the history of great races and riders, or issues such as the bicycle’s position in cinema.

On the way from Djamolidin Abduzhaparov’s to A.A. Zimmerman, even the most avid fan of cycling is bound to find something they didn’t know before, while the book is also perfect for deepening the knowledge of those who are new to cycling. Definitely one we’d like to find in our stocking come Christmas morning.
Amazon.co.uk 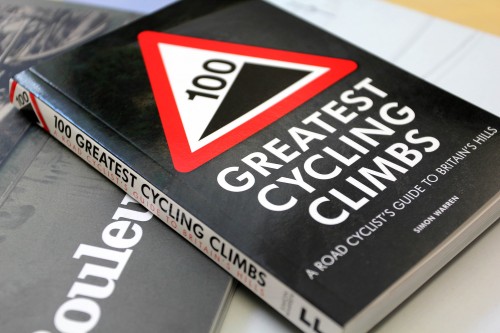 Britain might lack the big Alpine and Pyrenean passes that feature in the three Grand Tours, but as many of the foreign pros who took part in this year’s Tour of Britain discovered, that doesn’t mean that the country lacks in tough, often short and punchy, climbs – and 100 of the best are gathered in this wonderful book.

Climbs are rated out of 10 – although in true Spinal Tap-style tradition, the country’s highest pass, Bealach-na-Ba, merits 11 – and the entry for each climb is accompanied by a graph showing gradient and points of interest, a picture, and list of key facts. Read Dave’s full review here.
Amazon.co.uk 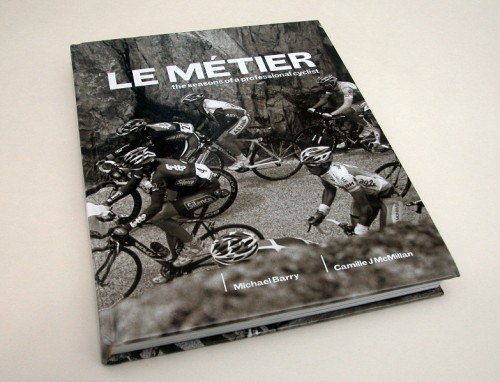 One of the best received cycling books of recent years, our review in June described this beautifully written and illustrated tome as a “Gritty, insightful, and inspiring account of what it takes to succeed as a cycling pro… and as a human being too.”

Now in its second edition, the book isn’t available through Amazon, but can be ordered direct from Rouleur here, and a limited edition, presented in a specially designed slipcase, signed by both Barry and McMillan, and costing £100, can be ordered here. We suspect that both versions might be difficult to get hold of come next Christmas, so this might be the one chance you get to put the book on your wishlist.
Rouleur.cc

There are several things you want within arm’s reach as you gradually meld into one with the sofa during the Tour de France each July; the TV remote, naturally – as much to stop anyone changing channel as anything else – some suitable refreshment, whether Perrier mineral water or Perrier-Jouet Champagne, details of the day’s stage, and last but definitely not least, this book.

While there are plenty of books in English that touch on various aspects of cycling’s biggest race, there is simply nothing else out there that covers it in as much depth and breadth. Few people have as long an involvement with the Tour than the now-retired Woodland – certainly no English-speaking journalist has covered as many editions of it – making this book a must-read for anyone interested in the race.
Amazon.co.uk 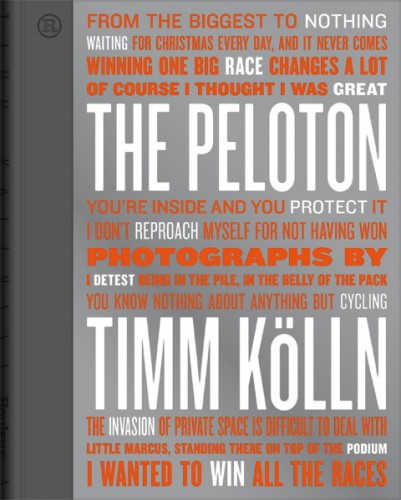 Another beautifully produced book from Rouleur, and if the person you’re buying for already has a copy of Le Metier, this would make a great companion to sit alongside it on the bookshelf or coffee table. German photographer Timm Kölln spent five years putting the pictures and interviews together.

The result is what Rouleur describes as “the most hauntingly insightful portraits ever seen in the cycling world,” and we have to agree that from what we’ve seen, the book is pretty special. Out of stock at Amazon, the book can be ordered direct from Rouleur, and a slipcase-enclosed signed and numbered special edition is also available at £200.
Rouleur.cc

So, your Significant Other doesn’t quite get your fascination with watching grown men in Lycra ride their bikes around France for three weeks each summer, but she does like a bit of Chick Lit (yes, we know we’re making sweeping assumptions and generalisations here). Well, this book may just be the stocking-filler to ensure that there’s some approximation of conversation around the dinner table at home next July.

But don’t blame us if she asks not only whether you think Tyler Farrar would look better with contact lenses, but also whether Thor Hushovd’s support will give him an advantage over Mark Cavendish when it comes to the points competition, especially given the changes in the scoring system.
Amazon.co.uk

It's All About the Bike: The Pursuit of Happiness On Two Wheels
Robert Penn
Particular Books, 2010 (hardback only)
208 pages
£16.99

We’ve all dreamt of putting together our ideal bicycle, but few of us actually manage it – time, expense, availability of the specific parts we want, and the fact that it’s significantly cheaper buying a complete bike and then upgrading the odd part as we go along scuppering many a cyclist’s plans.

Part travelogue, part cultural history, part personal quest, this book follows Penn – whose exploits were also filmed for a BBC documentary earlier this year – in his journey around the world to put his perfect bike together, and will leave you with a deeper appreciation of what has gone into developing the various components that make up your bike.
Amazon.co.uk 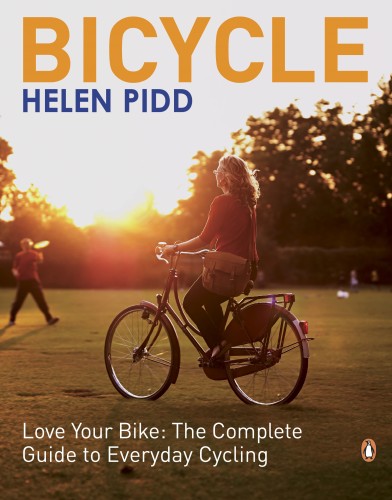 Road.cc’s review back in August described Pidd’s book as “a useful and comprehensive guide for beginners to cycling,” one that is “self-consciously aimed at the fashionable, urban would-be rider,” and a female one to boot.

Pidd regularly writes about cycling, among other things, for The Guardian, and the book pretty much does what it says on the cover, making it an ideal gift for anyone you know who is making their first, tentative, strokes of the pedal – it could even be the start of a beautiful friendship. Between the recipient and their bike, that is.
Amazon.co.uk

Few sports other than cycling place the press and participants in such close proximity for such a length of time – unsurprising, given that races such as the Tour de France see local hotels bursting to the seams as it winds its way through the country. But while journalists may be inside the bubble, they’re outside the peloton, and from the Festina Affair onwards, the relationship between the press and teams and riders has changed irrevocably.

Whittle is no exception, the book charting his doping-driven descent into disillusionment with the sport, and ongoing investigations on both sides of the Atlantic make this book as relevant a read now as it was when it was first published in 2008. No happy ending here, but rather a feeling of certainty, when you finish the last chapter, that this particular story still has a long way to run.
Amazon.co.uk

Guardian journalist Matt Seaton used to pen the newspaper’s weekly cycling column, and continued to regularly write about bike-related matters despite (and sometimes because of) his job taking him to New York City.

With chapters covering issues such as bike maintenance, the sport of cycling and the bicycle’s place in the urban environment, the book also looks not only at the history of the bike, but also future. Seaton’s earlier book, Escape Artist, which follows the growth of his obsession with cycling and has been compared to Nick Hornby’s Fever Pitch, is another must-read.
Amazon.co.uk 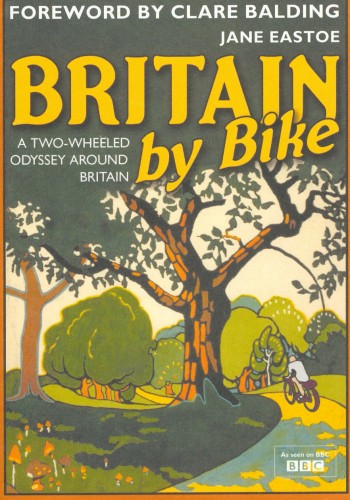 Another TV tie-in, this engaging book follows Clare Balding, who penned the foreword as she travels round Britain by bike based on Harold Briercliffe’s guidebooks from the 1940s – and using Briercliffe’s own bike to complete the journey.

The series also produced one of 2010’s more memorable celebrity spats, Balding responding to a jibe from AA Gill that involved a rhyme with “bike” by suggesting that the critic’s favoured form of transport must be a “punt.” Temporarily out of stock at Amazon, but you can order new copies from some of the site’s affiliated retailers, with prices starting at half that shown on the cover.
Amazon.co.uk