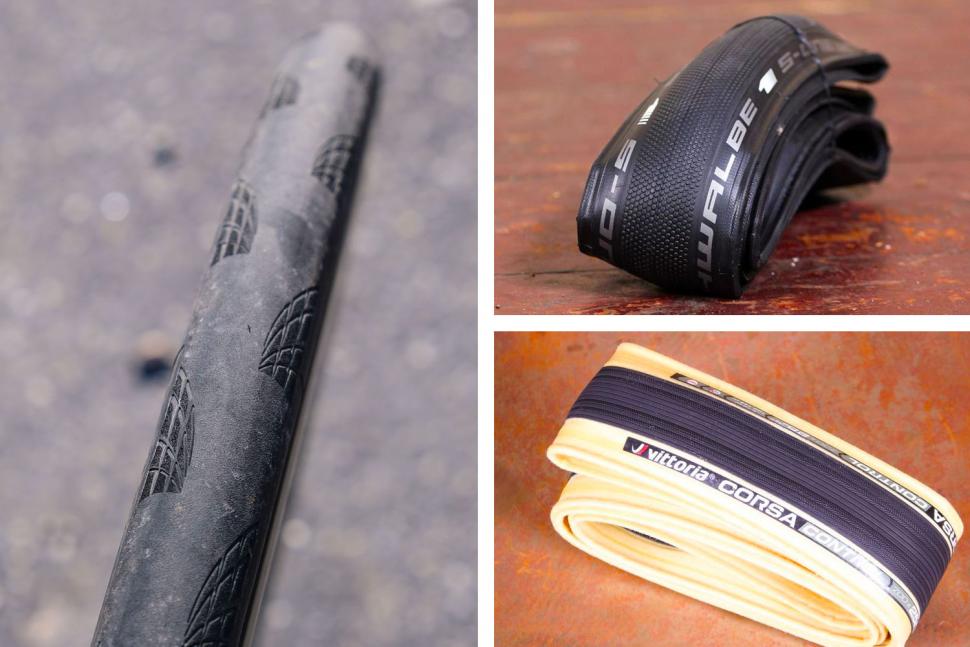 Do you need to change your tyres for winter cycling?

Traditionally winter is when cyclists swap lightweight summer tyres for tougher winter ones, but with the rise of the all conditions tyre and tubeless tyre technology do you really need to?
by David Arthur @davearthur

Winter is a challenging tyre for cycling and a question we get asked a lot is “should I fit some winter tyres?” To find out, we chatted to Continental and Schwalbe to get their views on whether or not you should change to dedicated winter tyres.

Before we get stuck into the pros and cons of swapping tyres, it’s worth pointing out that most tyre brands don't actually offer a dedicated winter tyre these days. Instead, look at any company’s tyre range and you’ll see tyres called such things as all-season or all-conditions, terms used to indicate their suitability for use in all weathers and conditions, from the depths of winter to the height of the summer.

For many cyclists, especially those not into road racing, an all-season tyre is a good fit-and-forget option as the small tradeoff in weight and rolling speed is more than made up for with the improved puncture protection and extra mileage you’ll get out of such a tyre. As an example, Continental’s Grand Prix 4 Season tyre is described as a “racing clincher with exceptional winter and wet condition performance” with a double puncture belt under the tread.

The one thing all these tyres have in common is additional puncture protection over any lightweight summer road racing tyre.  Wet roads covered in filth and debris means an increased risk of puncturing is higher, and water is also really good at acting as a lubricant to help sharp objects slice into the tyre rubber. There’s nothing much worse than changing an inner tube by the side of the road in sub-zero temperatures or when the rain is lashing down.

“Let's face it, the chances of picking up a flint or other foreign object which could indent itself into your tyre tread rubber are higher during wetter months,” says Continental’s Shelly Childs. “This may not always necessarily be during the winter, especially in the UK & Ireland! Any urban detritus which penetrates into the tread could also work through the tyre casing beneath the rubber tread, leading to a punctured tube or air loss in a tubeless tyre.”

A common change in winter tyres is added puncture protection through the addition of extra layers of tough material in the carcass. “Without resorting to riding on busier main roads only, which are generally kept cleaner due to traffic volume, the best way to avoid this is to use a tougher tyre,” explains Shelly. “Almost all tyre companies offer a 'winter' or 'all-season' more durable tyre. These are usually 30-70 grams heavier than the race or sportive options, with this extra weight either used for extra casing material, or a thicker rubber tread and/or sidewall.” 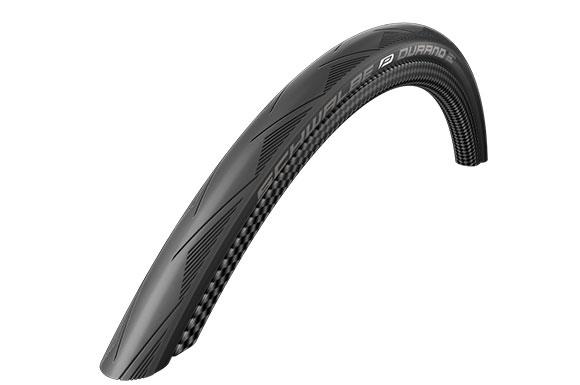 Schwalbe’s Tim Ward is an advocate of switching to dedicated winter tyres. “Whether you use a dedicated bike or set of wheels for riding during the winter or stick with the same bike or wheels all year round, we have always considered that switching to a more robust winter tyre to be the way to go,” he says.

“For those of you with two sets of wheels, it may be worth keeping a set fitted with more durable tyres year-round. This will also keep your riding mates happy during the wetter group rides during the summer as nobody likes a puncture stop in the rain, no matter what the temperature,” adds Shelly.

As well as extra puncture protection from added breakers and belts, the compound is an area subject to change. A softer compound will provide an increase in traction while a harder compound will last longer so it’s typically a tradeoff between the desired grip and durability. Tyre manufacturers invest lots of money in developing their own rubber compounds to offer the best possible performance in all conditions, as Schwalbe’s Tim Ward explains.

“Winter tyres generally use a different rubber compound to summer race tyres which, whilst sacrificing some speed, will often provide improved wear characteristics and better wet weather grip as well, which is another important consideration,” he says.

You’ll commonly see some sort of tread pattern deployed on tyres intended for bad weather cycling. But don’t think the tread makes the same difference it does on your car. A bicycle tyre is simply too narrow for the grooves and channels to have any effect on grip, manufacturers mostly add them because people fear a totally slick tyre won’t offer sufficient traction in the wet. 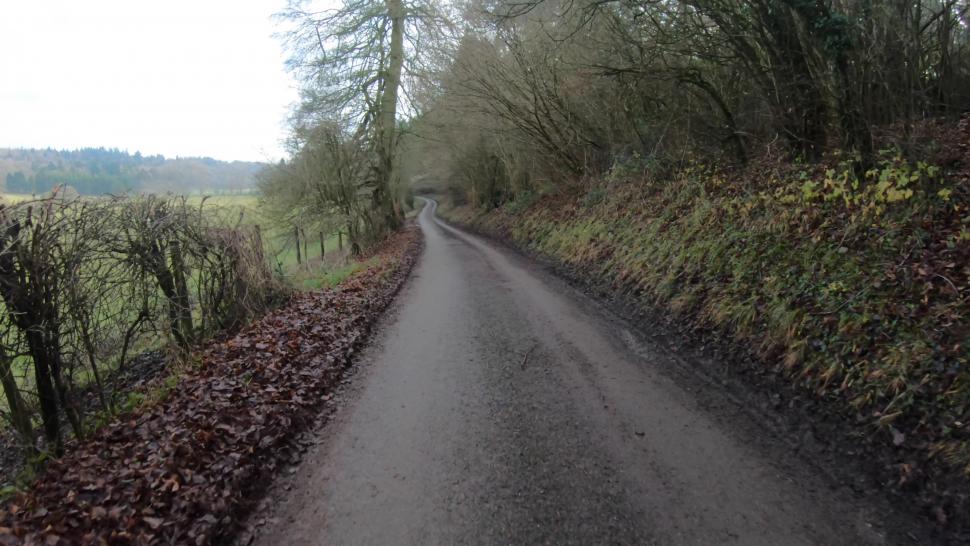 Still, Continental’s Shelly Childs reckons tread pattern can benefit on roads covered in mud and leaves. “If you like to ride unclassified or B roads, especially in hilly areas, then a moderate grooved pattern may help in autumnal/winter conditions when these roads tend to be covered in leaves and mud,” he says.

“Rear wheel slippage can be an issue when climbing in these conditions and so a large grooved shoulder pattern that stretched over into the central tread area, like with our GP4Season is beneficial here.”

One tyre to rule all seasons?

It might be tempting to use the same tyres in the summer into the winter, especially if you’ve done a season on them, and get through the winters months before replacing them in the spring. Schwalbe’s Tim Ward reckons this is a false economy though.

“Whilst it might be easy to leave the summer race tyres on the bike through the winter and then swap them for fresh rubber in the spring, it's a false economy in the long run. A lighter summer tyre that is already partly worn will be more prone to punctures and if one of the tyres suffers a big enough cut it'll have to be replaced anyway,” he explains. 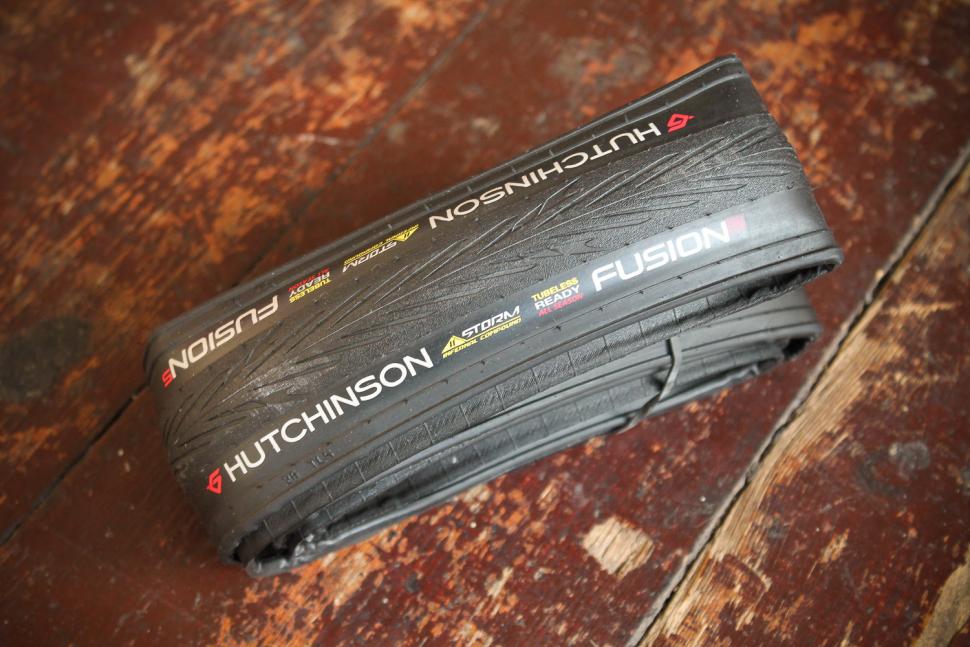 But the decision whether to swap from a summer tyre to a winter tyre depends entirely on what tyre you’re using during the summer months. Tyre developments have been impressive in the last decade or two with lightweight tyres that are impressively durable, grippy and puncture resistant and do help to make the case for a year-round tyre. Unless you really need the absolute lightest tyre, an all-season tyre looks a good choice for the peace of mind it offers, as Continentals Shelly Childs adds. “Most tyre brands have an all-round race tyre which can hold its own pretty well on rougher terrain and poor conditions."

Schwalbe’s Tim Ward is of the same opinion that many people will probably be well served by a good all-season tyre for year-round use. “ A lot of winter tyres are actually described as an all-season tyre more often than not these days and, unless you're actually racing or competing, will roll well enough to use during the summer and for sportives.”

Love or hate it, one of the big benefits of road tubeless is its ability to prevent, or at least minimise, the risk of flatting during winter riding, and the latest developments are good enough for racing as well as all-season riding.

“In fact, there are now some tubeless road tyres appearing which fit into this category,” says Tim Ward. “An example of which is our newly released Schwalbe One Performance Line Tubeless which features the rubber compound and protection layer from our well known Durano tyre, thus making it an all year round tubeless road tyre option.” 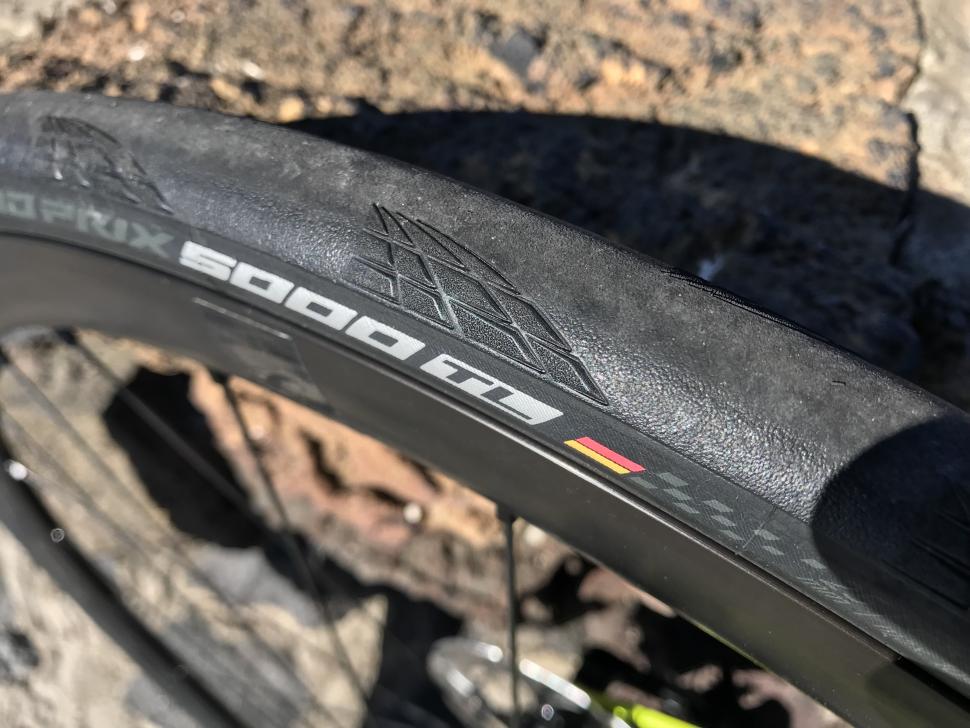 Tubeless is a maturing technology so and has some way to go before its as universally easy to install as conventional clincher tyres and inner tubes, but great strides are being made all the time, with Continental recently throwing its GP5000 into the tubeless arena.

The other factor worth considering with your tyre choice at this time of year is the width. Now you might already be running the widest tyres your bike will fit, but if you’re not then the winter could be a time to invest in wider tyres. A wider tyre can be run at lower pressures for more comfort and grip which makes for a smoother ride on crappy roads at this time of year. So if you haven't already, now could be a good time to fit some wider rubber.

Some interesting insights into the pros and cons of winter tyres. If you’re using a lightweight race tyre there are many good reasons for swapping to a more durable, puncture resistant tyre for the winter months and save the fast and light summer option for the warmer months. But for many cyclists, especially non-racing cyclists, running a good all-season tyre will serve you well throughout the year. 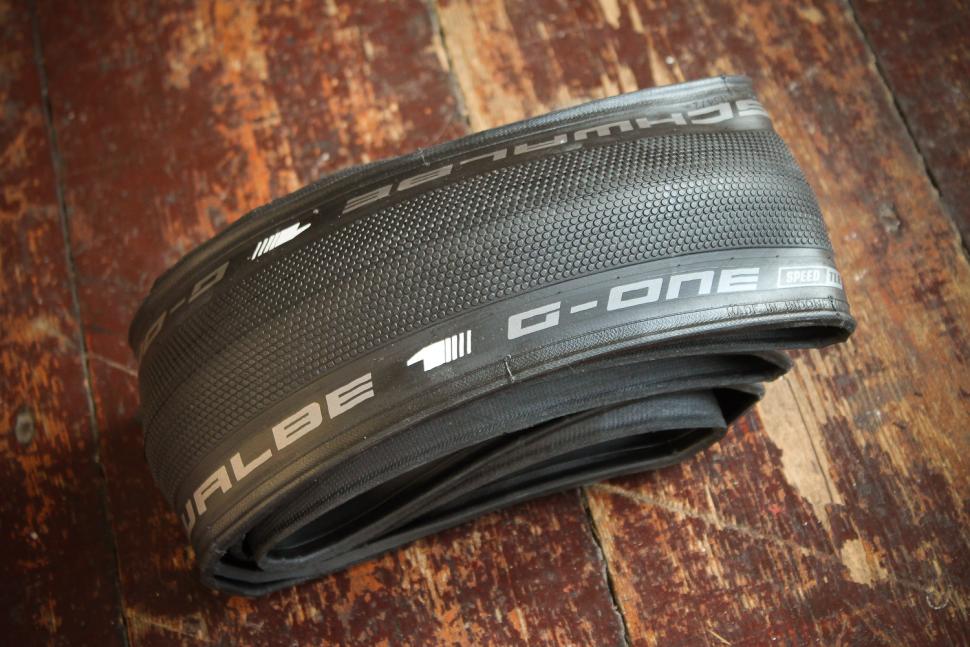 In fact, it seems most tyre manufacturers offer all-season or all-conditions tyres rather than dedicated winter tyres, which could easily be used year-round. There are lots of choices, such as the Michelin Power All-Season, Specialized All Condition Armadillo Elite II, Schwalbe Durano RaceGuard, Bontrager AW3 Hard-Case Lite and Continental GP 4 Season tyre.

- 13 products to keep you cycling through the winter

Another option we’d throw into the conversation is the Schwalbe G-One Speed, especially if you aren’t racing and have tubeless-ready rims. In fact, provided your bike has clearance, there are is a growing number of gravel and adventure tyres that we’ve found to be really good at dealing with mucky and muddy country lanes and roads fall of glass and debris at this time of year.

Let us know if you are considering swapping tyres for the winter or not.