Back to Features
feature
How to
R 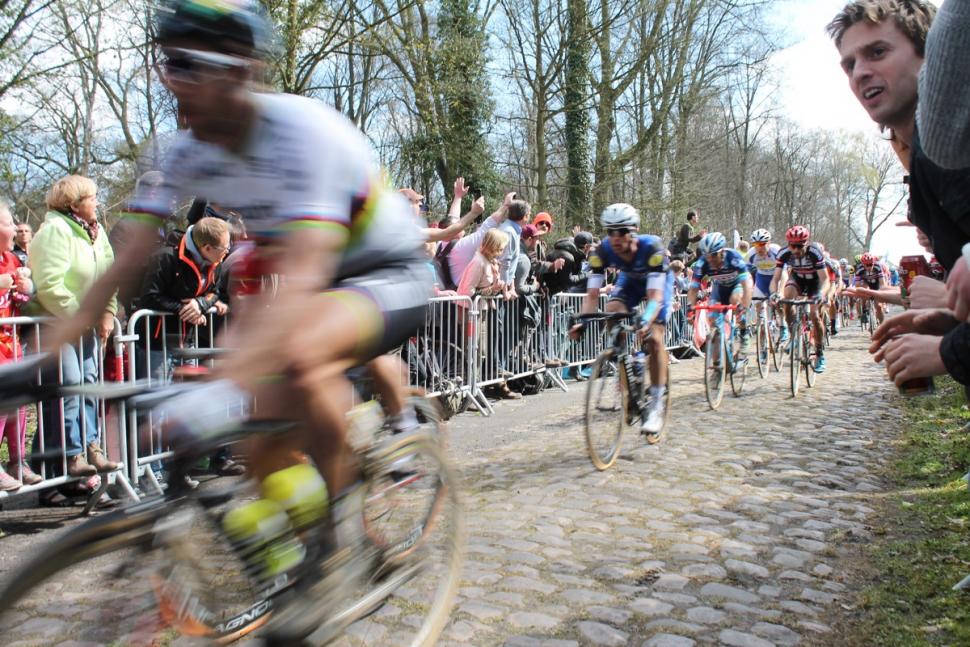 Stage nine of the 2018 Tour de France is 156.5km (97.2 miles) from Arras to Roubaix and includes 15 sectors of cobbles with a combined length of 21.7km (13.5 miles). road.cc spoke to David Millar ahead of Paris-Roubaix earlier in the year to get a former pro’s insight into tackling the pavé. Quick quiz: how many times did David Millar finish Paris-Roubaix during an 18 year pro career that saw him win stages and wear the leader’s jersey in all three Grand Tours?

Answer: once. But there's a bit of a story to it…

“I did it all, apart from the last lap. I stood in the middle of that most famous of velodromes, helmet off, knocking back a Fanta, face covered in dirt, feeling a bit of a hero. Until my wife told me I had one more lap to do. Onemorelap? That pretty much summed up my final year – it wasn't exactly a blaze of glory. Still, I love that race.” And that’s why part of the CHPT3 range features ‘Onemorelap’ velodrome-inspired graphics.

Check out our First Look: Chpt. III clothing from David Millar and Castelli from last year

So how do you set up your bike for getting to that velodrome as fast as possible and in some degree of comfort? 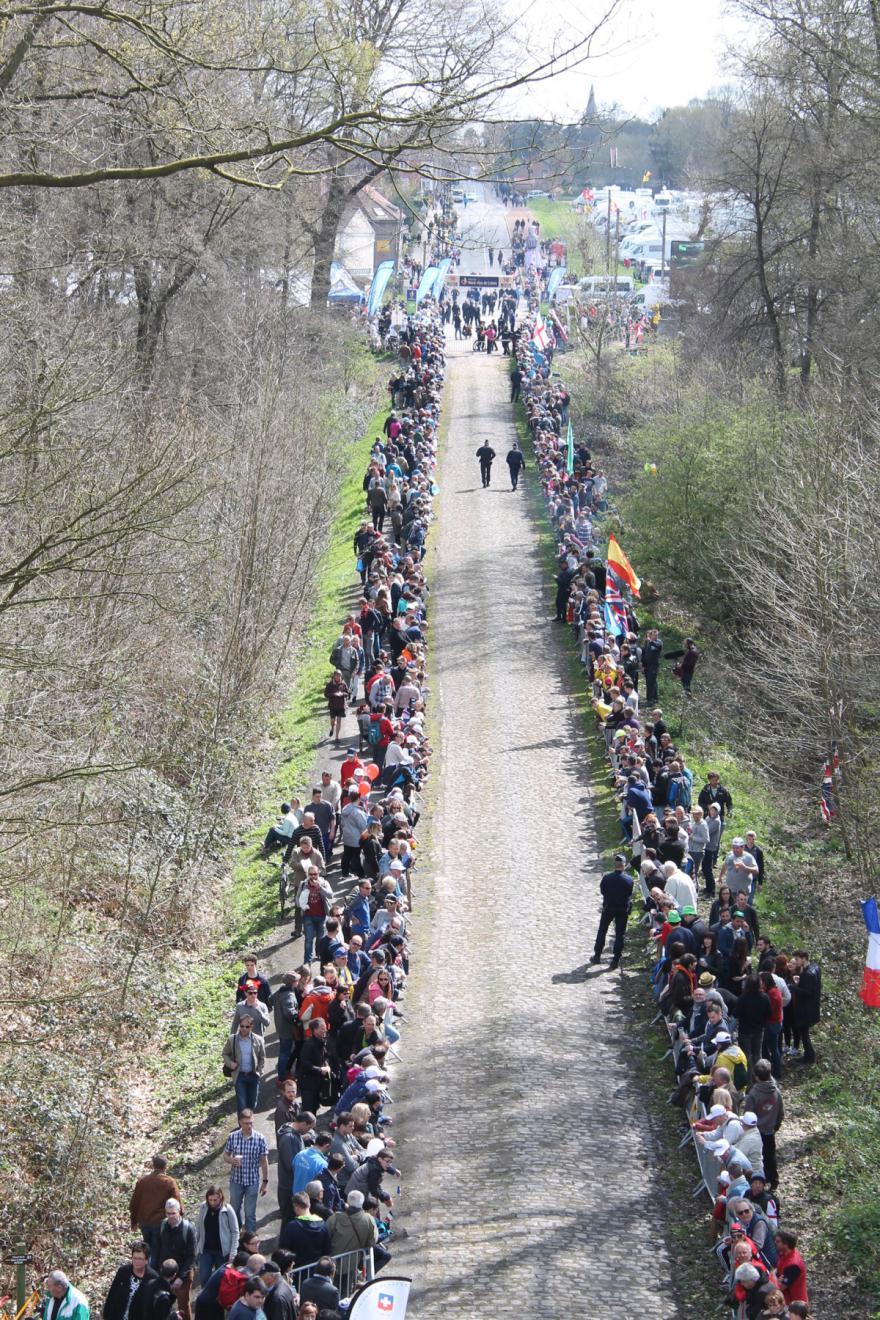 “Everybody is scared of Roubaix but actually, if you have your bike setup perfectly, you really glide over the cobbles once you’re at a certain speed,” says David. 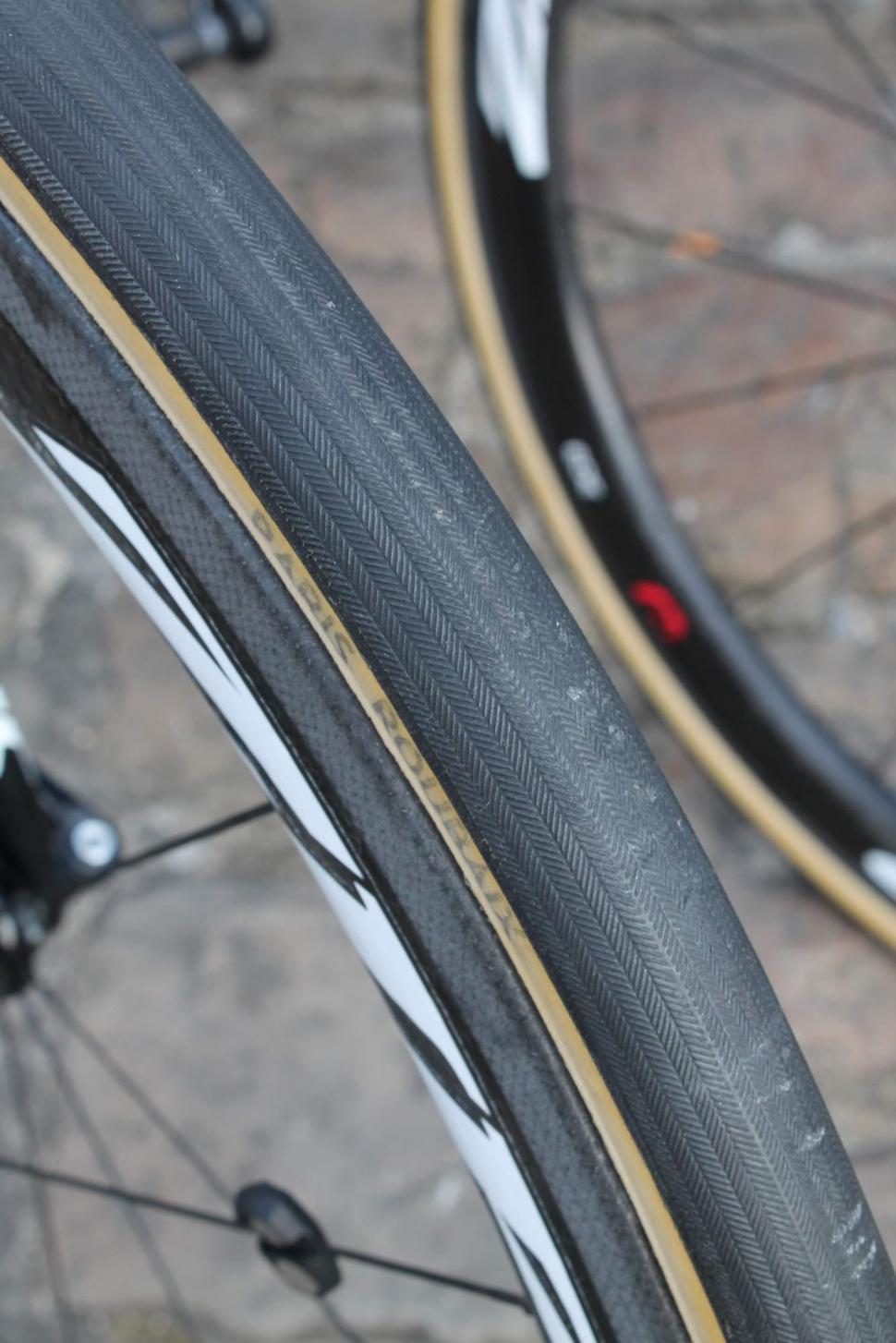 “The biggest thing is the wheels and the tyres. You need wheels that are strong enough to survive the battering and can also cope with a 27mm tyre. Most riders use FMB or Dugast tyres because those are the only companies that make really trustworthy, fantastic tubulars designed for that purpose. You can run 5-6 bar (73-87 psi) and you’ll be amazed at how much easier that makes the pavé.

“A lot of guys used to run mechanical shifting because the vibrations would trigger the electric, but I think that electric has got so much better now.”

What about your riding technique? 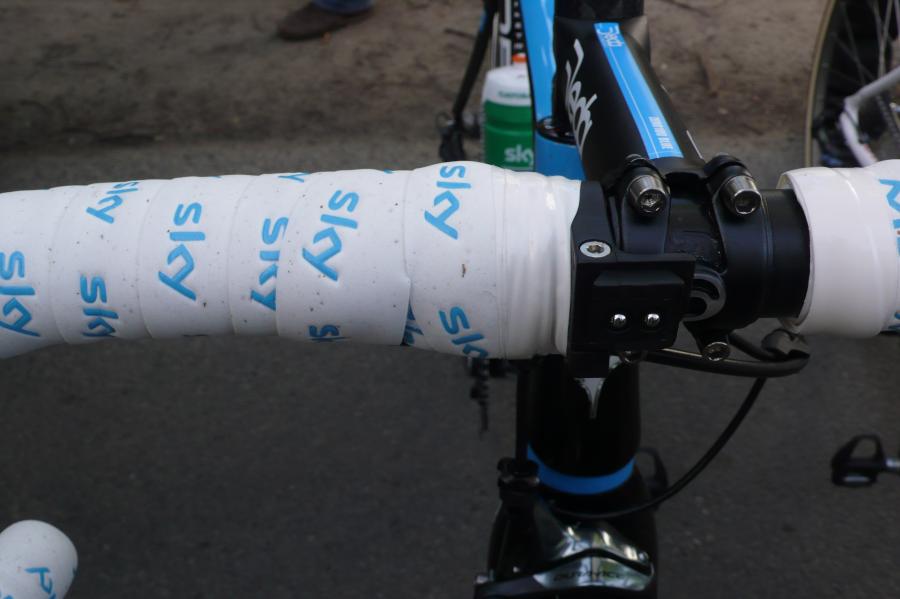 “The rule of riding pavé is to relax your grip – you don’t hold on tight. In order to do that you need a much wider grip – more like a tennis racket grip – so you have a bit more tape on your handlebar to make it bigger, and you strap up your wrists to stop the really small vibrations.

And that will get you to the finish line in A1 condition?

“No. No matter what you put on your hands, they’re going to get rubbed raw because having that relaxed grip means the bar is always vibrating under your hand.”

“If I was an amateur, I would probably do that – they might be riding 23mm tyres at 8 bar. I’m amazed that amateurs can do it because they don’t have the huge setup behind them – the equipment, the mechanics, the team support – that the pros have. If you have the proper set up it can actually be pretty comfortable. 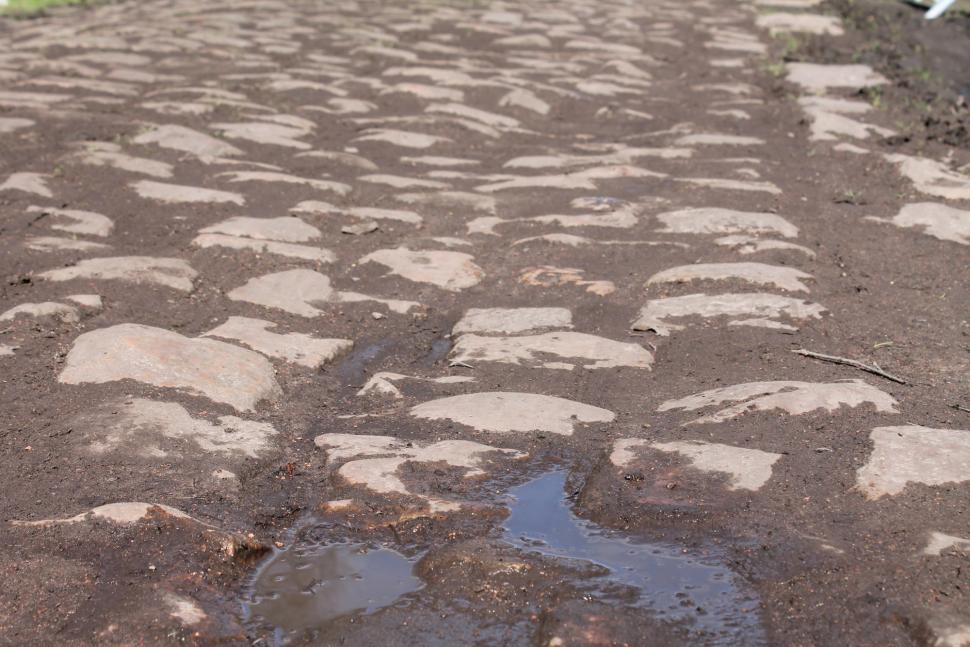 The weather can be a big factor in any bike race, but even more than usual in Paris-Roubaix where the pavé could be dry and dusty or wet and slippery. At this time of year it's likely to be dry, but you never know.

“It’s an odd one when it’s wet in that it’s easier for the really skilled guys because a lot of the riders without the bike handling skills are immediately eliminated – they can’t handle it,” says David. “That means the race goes much slower, so it’s physically less demanding but psychologically massively more so because of the technique involved.”

Wet conditions add an extra element to the equipment required too. 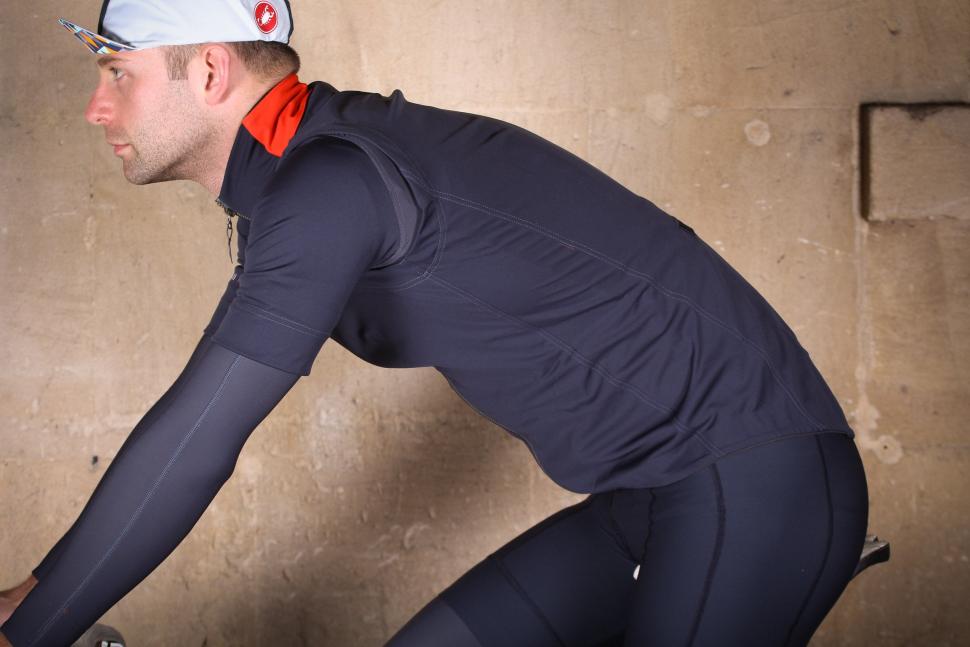 “These days you can have waterproof stuff that’s also aero,” says David. “You might have staff strategically placed by the side of the road with kit to hand up to you.

“The big guys just throw outer clothing away after they’ve used it and get it replaced. You don’t worry about handing stuff back to your car, you just throw it to the side of the road so a few lucky spectators might hit jackpot!

“If you’re a spectator, make sure you’re positioned just before the finale because riders will start ditching stuff in the last hour!”