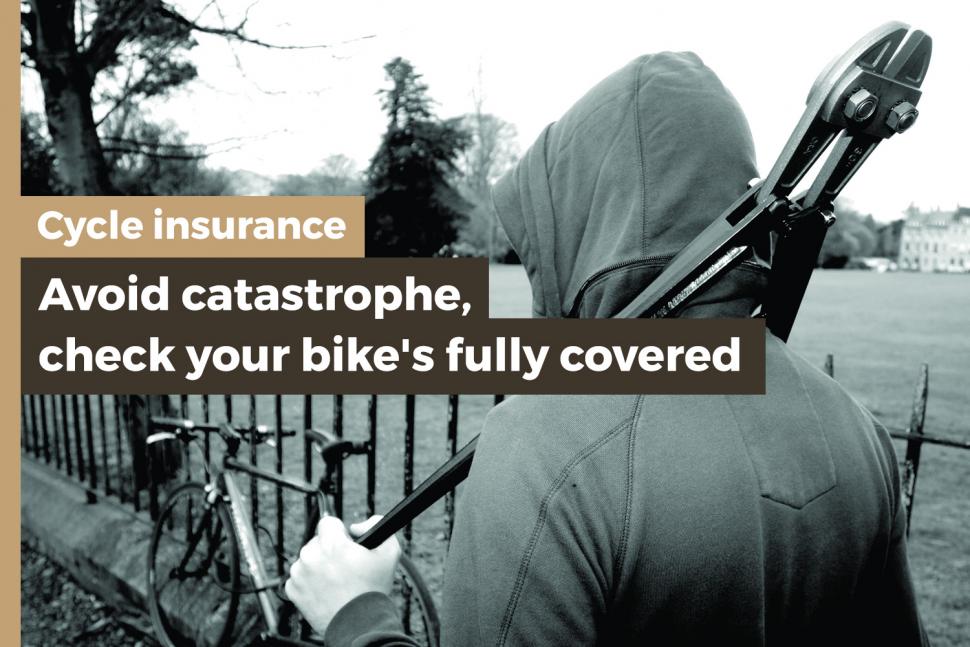 Think you're covered by your contents insurance? Better check
by roadcc staff

Many of us assume that our bikes are covered by our house contents policies, at least while they're in the house. But are they? Here's what to check, and where to go if you need specific bike insurance.

Dig out out your house contents policy and check exactly what it says about bikes. It's likely to be under one of these headings:

It's possible you'll find one of the following exclusions:

If you're still unsure, call your provider and check just what you're covered for. You may be able to extend your cover simply by specifying the bikes you want included, at least while they're on the premises.

If you've a substantial collection of bikes expect a raised eyebrow or two at the number and the total value. Insurance company folks just don't understand that the correct number of bikes to own is N+1, and N is the number you have now.

It's definitely worth checking that any public liability element of your cover applies while you're riding. It's difficult to do really substantial damage to another road user or vehicle with a bike, but a moment of inattention could still land you with a bill for a couple of grand for bodywork repairs.

If your house contents cover is inadequate, find out how much it's going to cost to add your bikes, and just what they're covered for if you do. Are they insured outside the home? Does the cover pay out if you crash and damage your bike? Does it cover racing or sportives? Does it include third party liability and if so for how much?

It might be worth getting cycle-specific cover from a specialist, if the extra premium for your bike turns out to be high. We've found 15 firms that offer insurance for bikes.

All insurers require you to lock your bike to a solid object, and some specify the quality of lock you have to use. I'd never leave a bike in town with anything less than a Sold Secure Gold lock anyway, and if that means lugging around an Abus Granit, so be it. Having a bike stolen is far more inconvenient than carrying a good lock.

You can pay extra for various additions to the policy. Third-party insurance is an add-on for almost all policies, and is surprisingly expensive. I was typically quoted about £40 extra for cover of £5 million.

Cover for racing is also extra, as is cover for accessories on the bike such as lights, computers, tool bags and even your lock itself. Most of these things you'll take with you, but if you've installed a pricey hub dynamo system to your supercommuter, you'll want it covered.

One of the most potentially annoying bits of small print in cycle insurance policies is whether or not the cover is 'new for old'. The insurers may pay out less if your bike is older (typically more than three years) which is annoying if you've looked after it well and want to replace it with something just as good. Check whether the policy is new for old or whether any payout will be reduced by depreciation.

Taking your bike overseas? It may be automatically covered for a limited time, it may not be covered at all or it may only be covered in Europe. How it's packed for the plane may also affect whether or not the policy will pay up if the baggage handlers damage it.

Before you go shopping for insurance, then, draw up a list of the sorts of things you want covered. I ended up with a tab open for each insurer, and if I found a feature one offered that I realised I wanted I went back and costed it from the others.

Much as we'd love to rate and recommend insurers, Financial Conduct Authority regulations prevent us, as that would amount to offering financial advice. So it's over to you: tell us in the comments whether you have bike insurance, who with and what experiences you'd had getting paid.