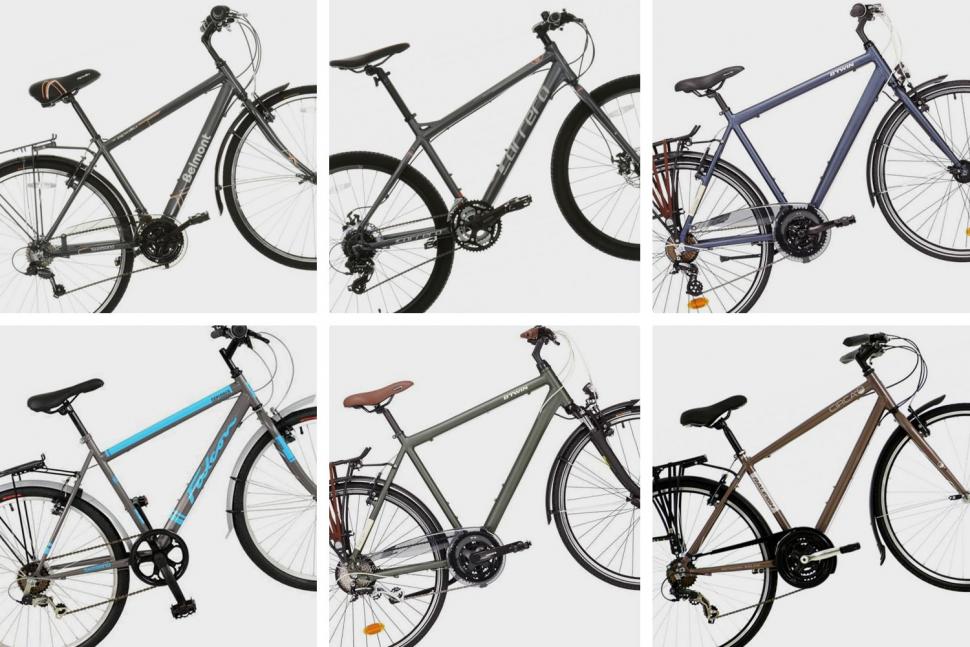 Buy a hybrid bike and get mobile for not much money. You'll save far more on fuel and fares than the bike costs! Here are 6 of the best...
by John Stevenson

Hybrid bikes are Britain's most popular style of bike because they're cheap, practical, comfortable urban transportation that's also ideal for pootling round the lanes or exploring forest roads at the weekend. If you live in a city a hybrid bike is often the cheapest way of getting about: you'll save much more on fuel or bus/train fares than the bike costs.

Welcome to the latest edition of road.cc’s buyer's guide to Six of the best cheap hybrids in which you’ll find everything you need to know to find the right budget bike for you, plus our pick of 6 of the best budget hybrids.

The name comes from a design style that bridges mountain bikes and road bikes. A hybrid bike typically has the upright riding position and flat bars of a mountain bike, but the skinny tyres and 700C wheels of a road bike.

Fatter tyres with deeper treads are more common though, and usually provide grip and cushioning that make these bikes really versatile. You can easily take a hybrid bike to places where you'd hesitate to ride a road bike, or where very skinny tyres need a high level of skill and care. Canal towpaths, forest roads and easier singletrack trails are all accessible.

As transport, hybrid bikes often come with accessories that other bikes lack — even relatively practical ones like cyclocross-styled urban bikes. It's common to get mudguards, a rack and even dynamo lighting in the package, which can save you a big chunk over buying them separately.

Six of the best budget hybrids 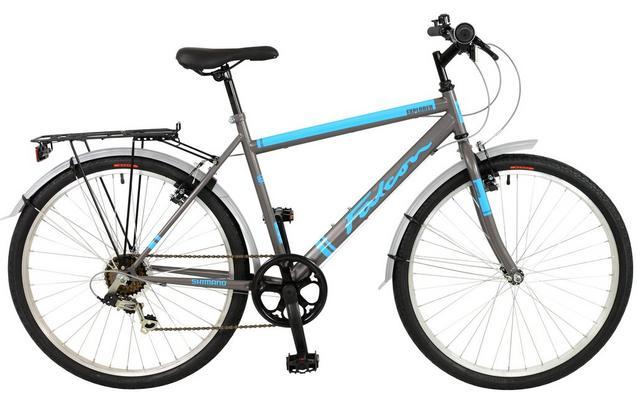 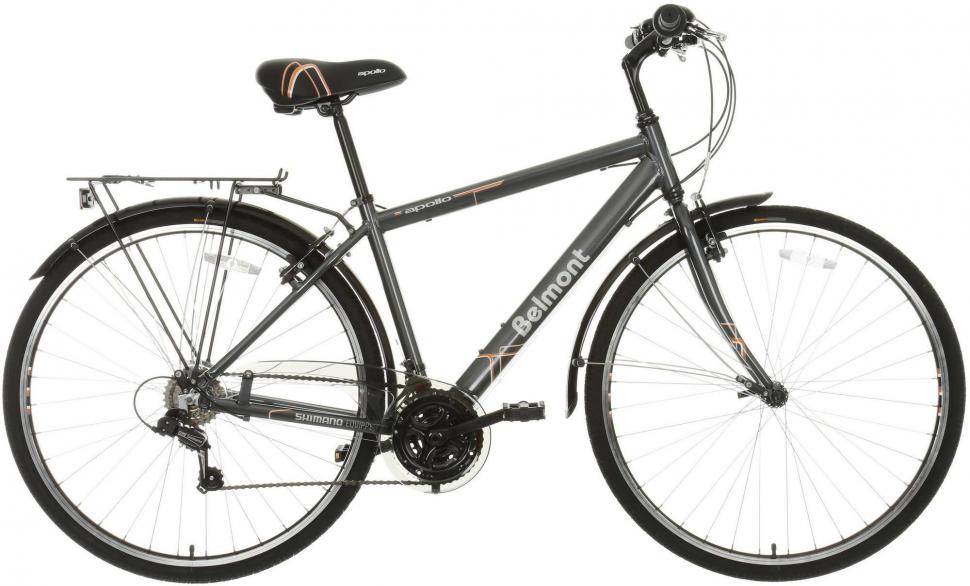 Like virtually all bikes under the £300 mark, both have Shimano gears. In this case they're operated by twist-grip shifters, which control a 21-speed transmission for a wide range of gears. 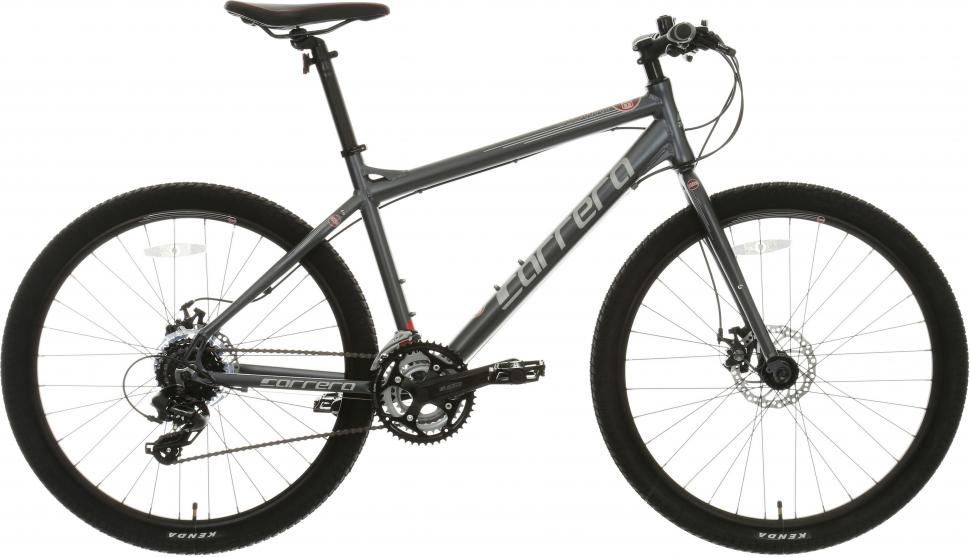 The aluminium frame is hung with a Shimano gear set, combining a triple up front with seven out back for a big range of gears.​ It's a decent deal at this price, but we've seen it as low as £240 so it might be worth waiting for one of Halfords' inevitable sales.

An intriguing option if you have a bit more to spend is the £400 Subway All Weather Edition with mudguards, built-in lights and heated handlebar grips. 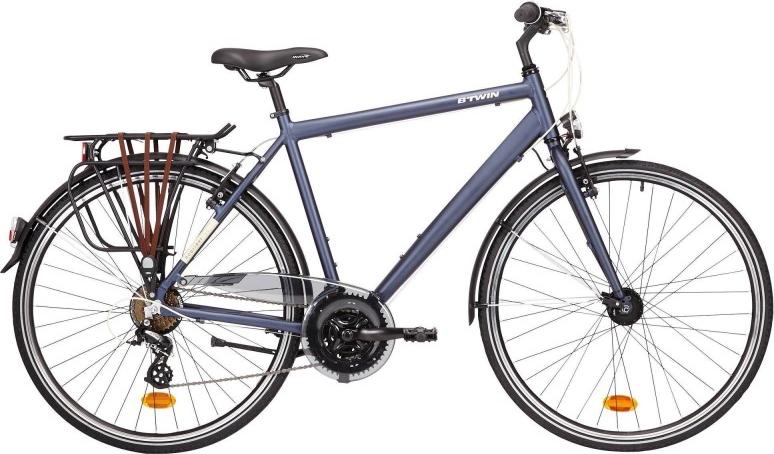 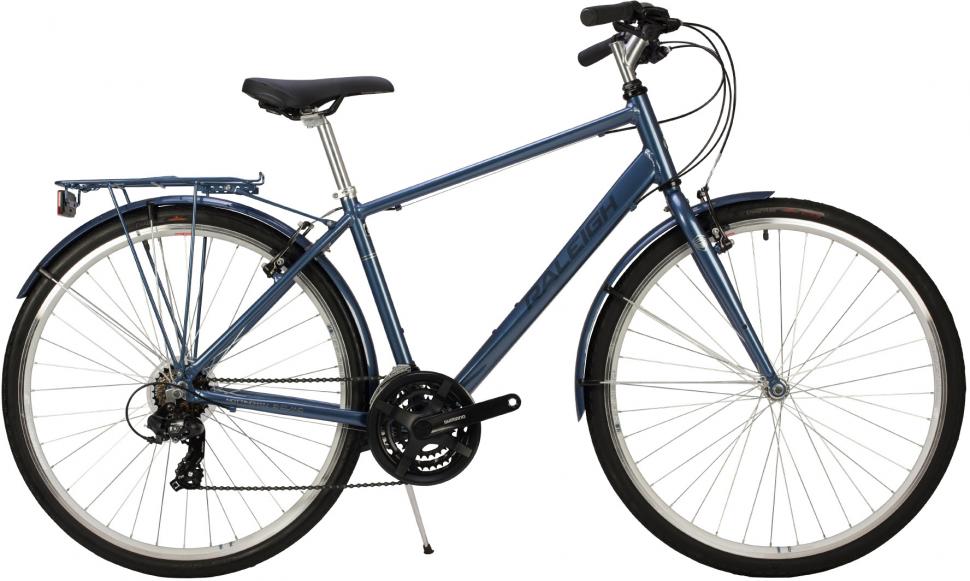 Raleigh unabashedly bills this as a town bike, saying: "this bike is built for practicality and style, plus tarmac-friendly tyres and a fully equipped design make it ideal for your commute."

After decades of UK bike companies saying it was hard to sell this sort of fully-equipped bike here, we hope this is a sign that more riders are waking up to their sheer practicality. 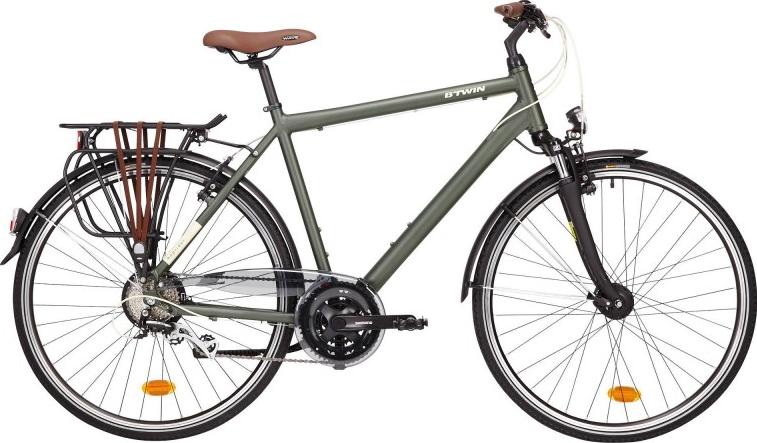