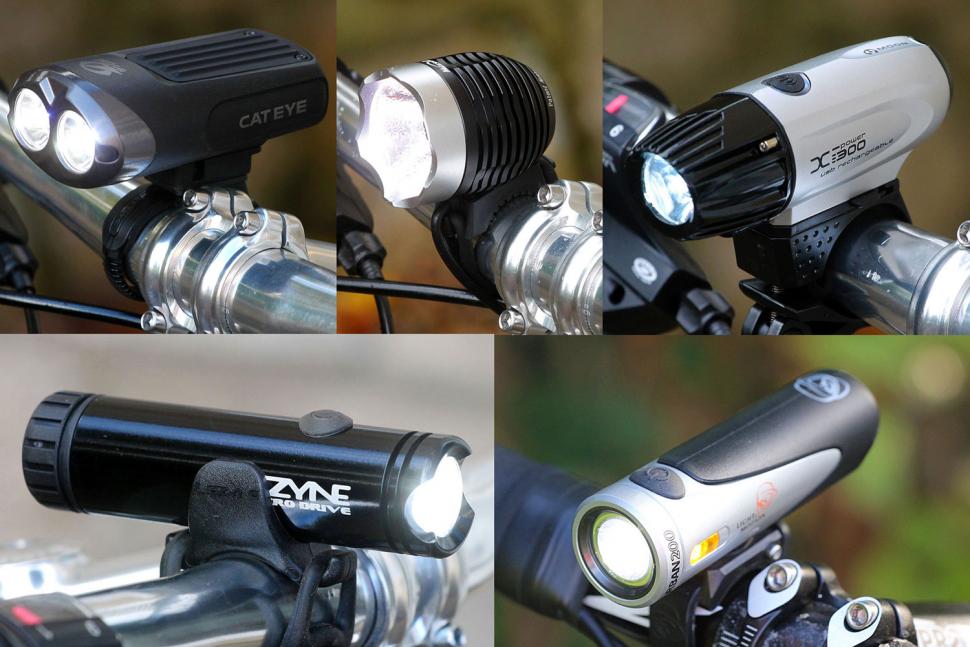 Five of the best cycling lights for under £100

Road and commuter lights are primarily designed to make you visible to other road users, but if you cycle regularly along dark unlit roads and country lanes, you need a light to see by.

These lights are bright enough for after work training rides in the dark, as well as longer commutes taking in urban and country roads. They have more brightness and better battery life than the five lights under £50 that we recently looked at. 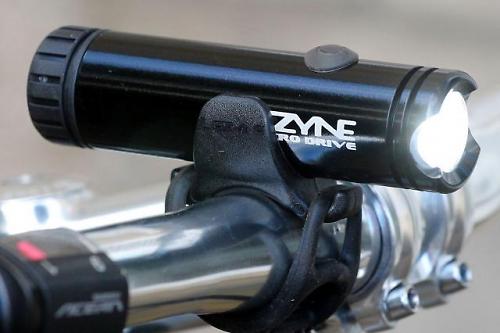 The Lezyne Macro Drive is a sleek light with a CNC machined housing containing a single Cree LED pumping out 300 lumens. That’s enough to see where you’re going on a dark country lane at a reasonably lick of speed. It’s light, just 94g, and the Li-ion battery is easily charge from the USB port and is good for 3-hours on the brightest setting. 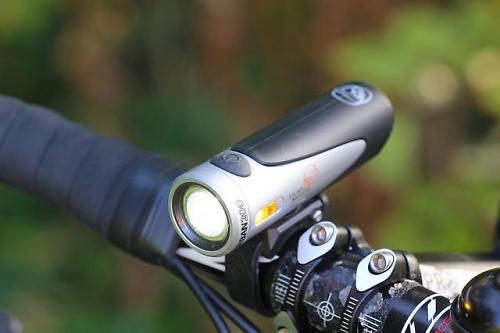 Not the brightest here, but the Urban 200 is perfect for round-town cycling with enough light for cycling along the road and cycle paths, and does a credible job at lighting the way on dark lanes, though you might have to rein the speed in a bit. There’s several modes to suit different situations, including a flash. On high you’re looking at a burn time of around 1.5 hours. The tough stretchy rubber mounting strap is basic but simple and works. The light is charged with a USB port, so you can plug it into your computer to top up the juice. 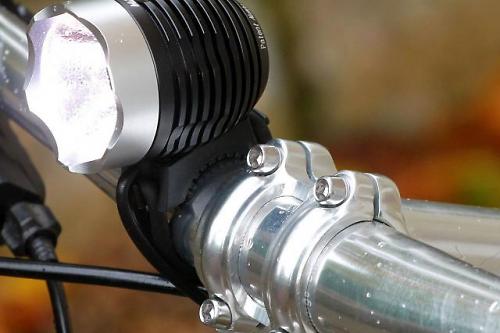 Far and away the most powerful light here, with a staggering claimed 1,000 lumens. If you want the brightest light for not a lot of cash, and do a lot of cycling on dark roads, this is a good option. The light unit is nicely machined aluminium, robust and lightweight - those are cooling fins on the side - and connects to a separate battery that has to be strapped to the top tube of the frame. That’s the biggest difference to the other lights on this page, all of which have integrated batteries. The 4.4AH Li-ion battery claims to provide 160 minutes of juice. 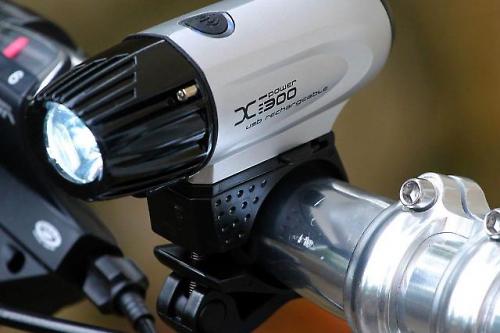 Solid performance with an impressive output for the cash, the Moon X-Power’s funky looks reveal a 300 lumen light from a single Cree XP-G high brightness LED. The mount is easy to use and very secure. The light has several modes to eke out the battery life -3.5hrs on high -  and a flashing mode for riding through town. 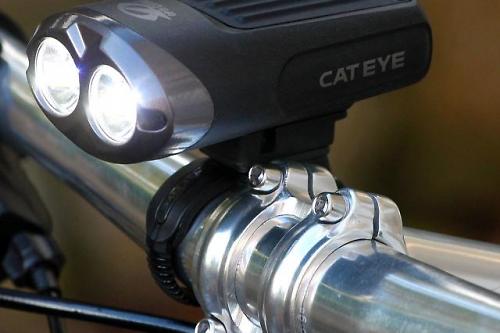 One of the brightest lights in this roundup, the Nano Shot Plus has a mighty 600 lumens from the two high intensity white LEDs, with a battery life between 1.5 and 4 hours depending on the selected mode. The beam pattern is cleverly designed to illuminate practically everything forward of the light. Mounted on the top of drop bars, this includes the drops, as evidenced by huge shadows of shifters to your right and left as you're riding along. Side visibility without being blinded: perfect. The Cateye universal bracket is a doddle to use as well.

In our next guide we'll look at cycling lights over £100.