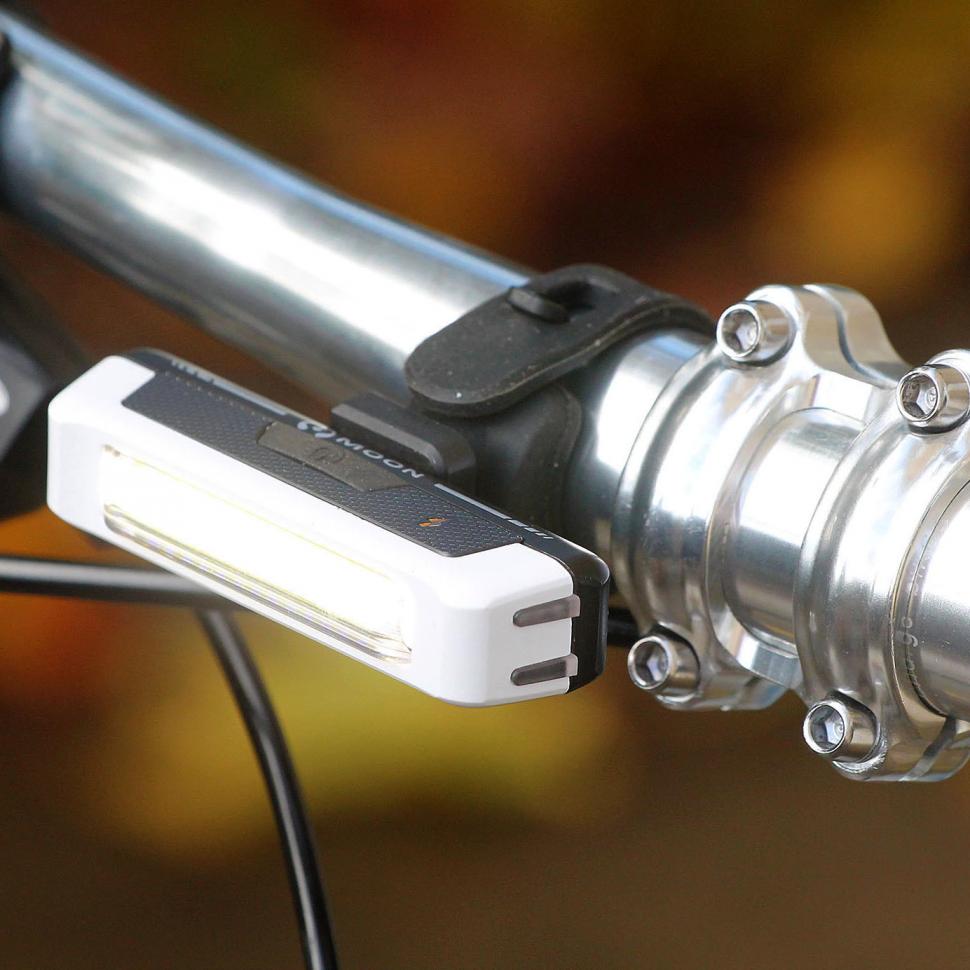 Five of the best cycling front lights for under £50

If you want to cycle through the winter, whether you’re commuting or training in the evenings, a good front light is essential.

Front lights come in a vast range of prices and outputs, but you don’t need to spend a fortune as the lights in this roundup demonstrate. Most front lights these days use LEDs which take very little battery power so you can expect decent runtimes, and brightness levels that were unimaginable a couple of decades ago.

If you’re cycling in a built up urban area, you want a light to be seen by rather than one that can light up the road ahead. Many are designed for commuting with a lens and reflector intended to offer a good range of visibility. Been seen from the side as well as the front is an important consideration. If you’re venturing onto poorly lit streets and dark country lanes, then you need to think about a more powerful light to help illuminate the way.

Most of the lights below fall better into the first category of lights to be seen by. At the top of the price range you can start to get powerful lights that will be good for a bit of country lane night riding.

The five LED lights here are priced at under £50, and all of them having been tested by road.cc staff. Click the heading to read the full in-depth review if you want to know more about a particular light. 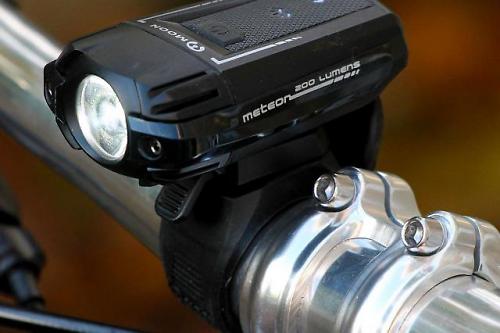 The Moon Meteor front light punches well above its weight and costs half as much. It's dinky wee but looks purposeful and business-like. According to Moon it will kick out 200 lumens for 1 hour and 50 minutes, which is quite impressive for such a small unit. Buy it here 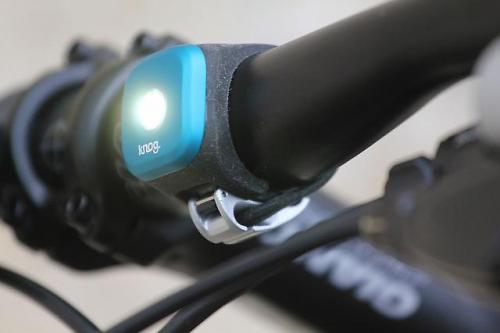 Knog's Blinder 1 is essentially a slimmed-down single LED version of the Blinder 4, weighing in at a mere 15g and cutting a very low profile. It may be small in size, but it certainly makes a style statement, with the anodised aluminium fascia available in four colours – black, red, white, and the rather fetching blue pictured here. 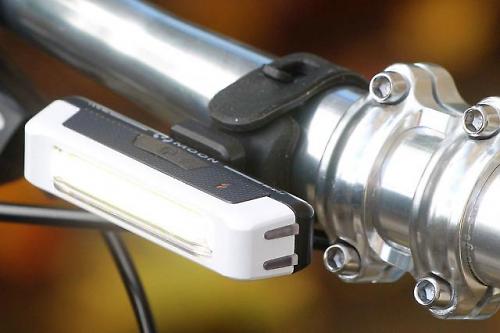 The Moon Comet front light resembles an office strip light that's been passed through a matter-shrinking device. The result is an extremely powerful and surprisingly tuneable light source capable of 110 lumens in overdrive setting. 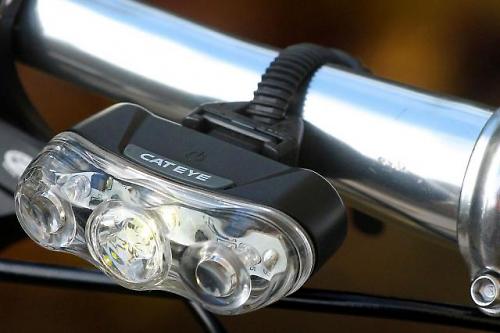 It's the purity of delivery that separates Cateye's Rapid 3 front light from a host of similar blinkys. Sharing identical guts with its rear sibling, there's a central 0.2watt spot flanked by two 5mm LEDs powered by two AAA cells. Their Opti cube technology features a lens and reflectors matched to optimise output and it seems genuinely effective. 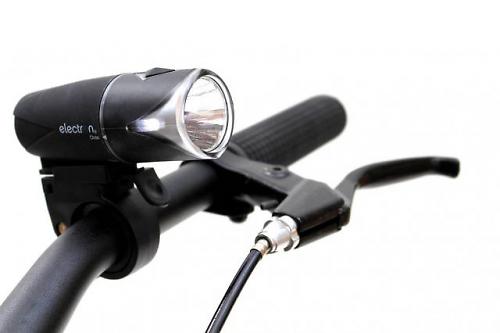 Electron's Micro 1W light is a commuter light with, as the name implies, a single 1W LED. This puts it at the 'being seen' rather than the 'seeing by' end of the bike light spectrum. Even so, it does provide a degree of road illumination, as our light data shows; enough for badly lit urban streets.

There are plenty more front light reviews of various prices in the review archive here. And why not check out the big road.cc lights test 2013 with the useful beam comparison, and if you want to know even more about lights, here's our buyer's guide to them.